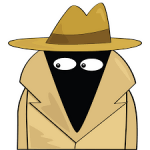 Hello! My name is stephenaug (Steve) and I am currently inactive on the Pern Wiki.

Please do not leave any messages on my Wall as I will not see them and they will go unanswered. Instead, consider leaving your message on the Wall of another active Admin or Bureaucrat that you can find here: Special:Listadmins.